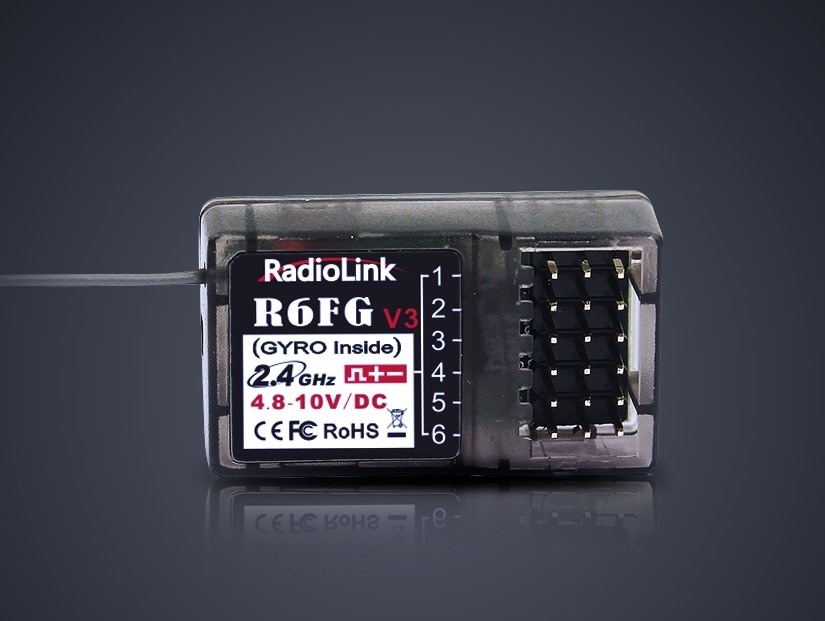 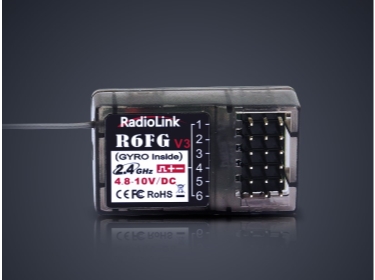 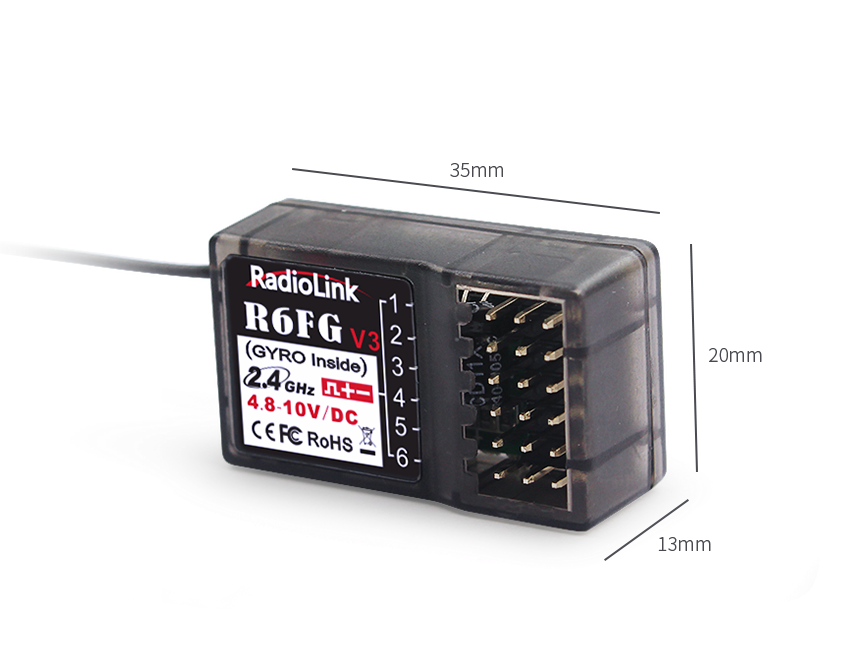 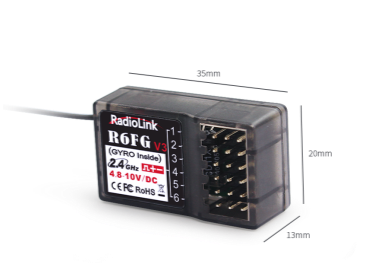 How to Match Code With Transmitter:

1. Put the transmitter and the receiver close to each other (within 50 centimetres).

2. Turn on the transmitter, then power on the R6FG.

3. There is a black button on the R6FG - press the binding button twice in two seconds and release and the receiver light will start blinking. After 8 blinks the receiver should be linked and the LED will be solid.

Attention: The R6FG does not have the gyro function on by default. The R6FG must be motionless when powering on, as the R6FG will do a self-test. In standard working mode a single green LED will be displayed, while both green and red LED indicates that the receiver is in gyro function mode.

R6FG has two working modesï¼šnormal working mode and gyro function working mode. The intehrated gyro helpsto keep the vehicle in a straight line during aggressive acceleration and braking or when operating on rough terrain.

Gyro Function Working Mode --  Both green and red LED on.