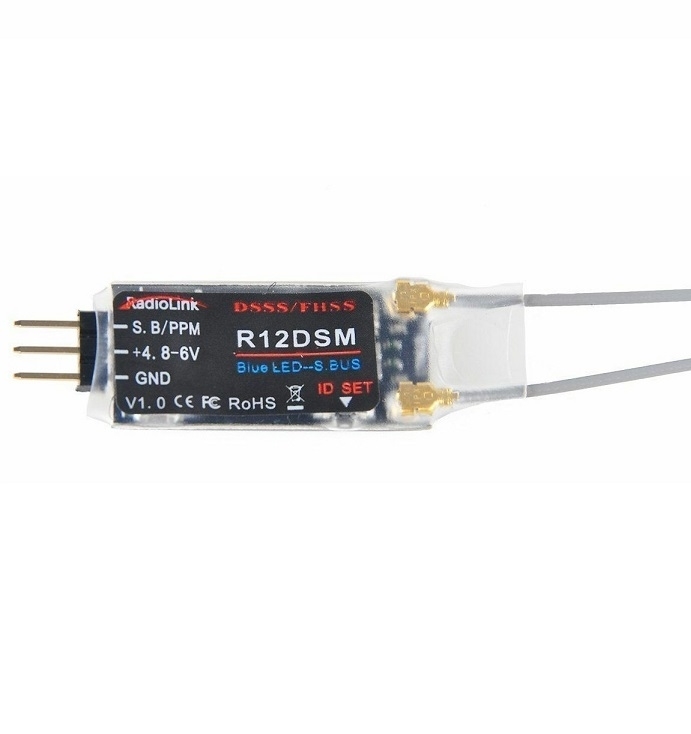 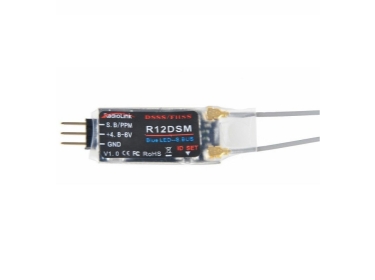 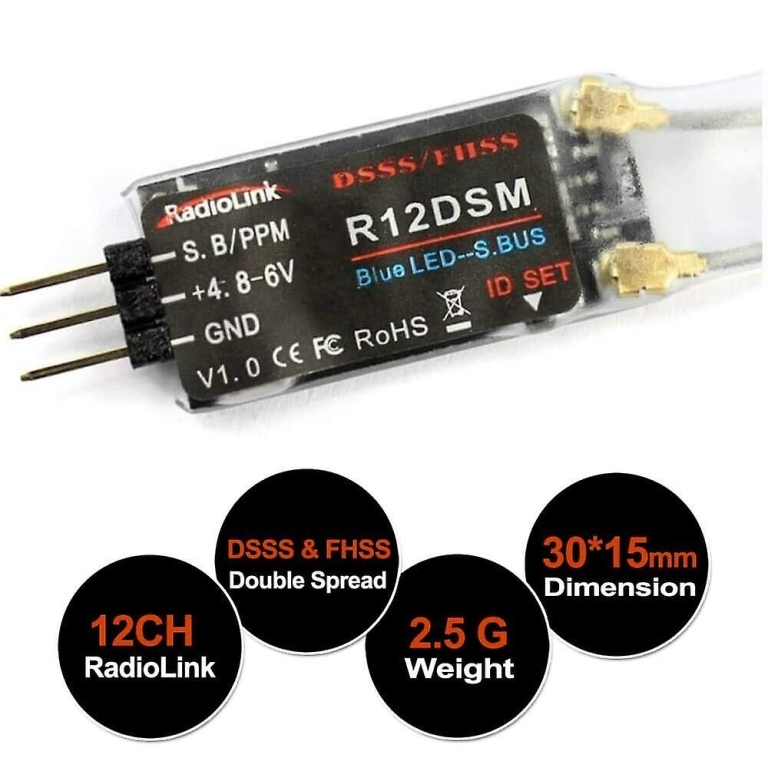 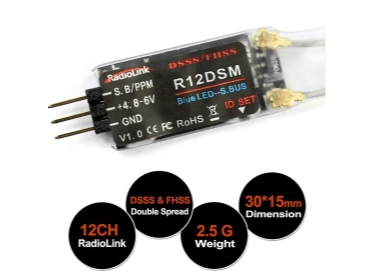 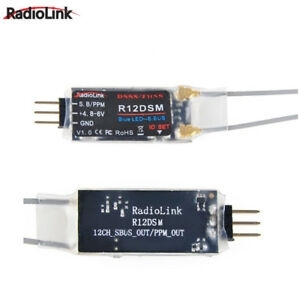 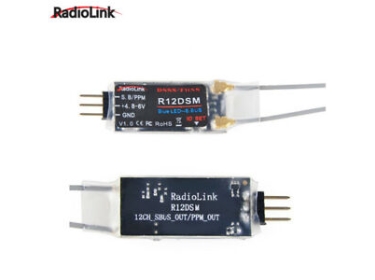 Long Range Control: stable remote control range up to 2.4 miles in the air with AT10II transmitter.

Easy to Bind and Safe Protection: only 1 second bind to AT9/AT9S/AT9S Pro/AT10 AT10II transmitter. The voltage protection software technology of RadioLink ensures both transmitter and receiver are protected from a reverse polarity connection.

How to Match Code with Transmitter:

1. Put the transmitter and the receiver close to each other about of 50 cm.

2. Turn on the transmitter, then power on the R12DSM.

3.There is a black button on the R12DSM,press the binding button in one second until the receiver light starts blinking and release, after about 8 times blinking, match code success when receiver signal LED always on.

Short press the ID SET switch two times within 1 second, the signal is changed from SBUS to PPM. 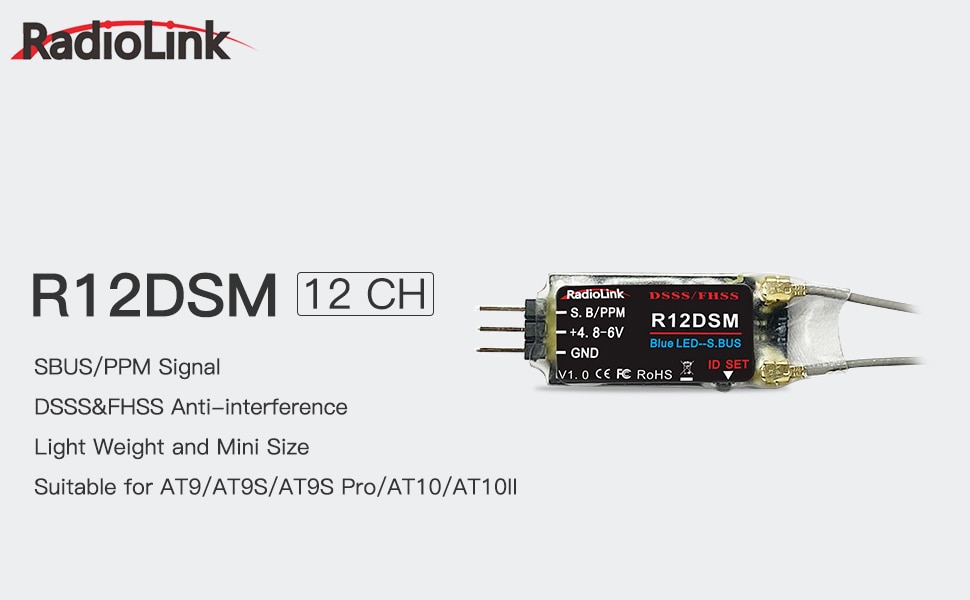 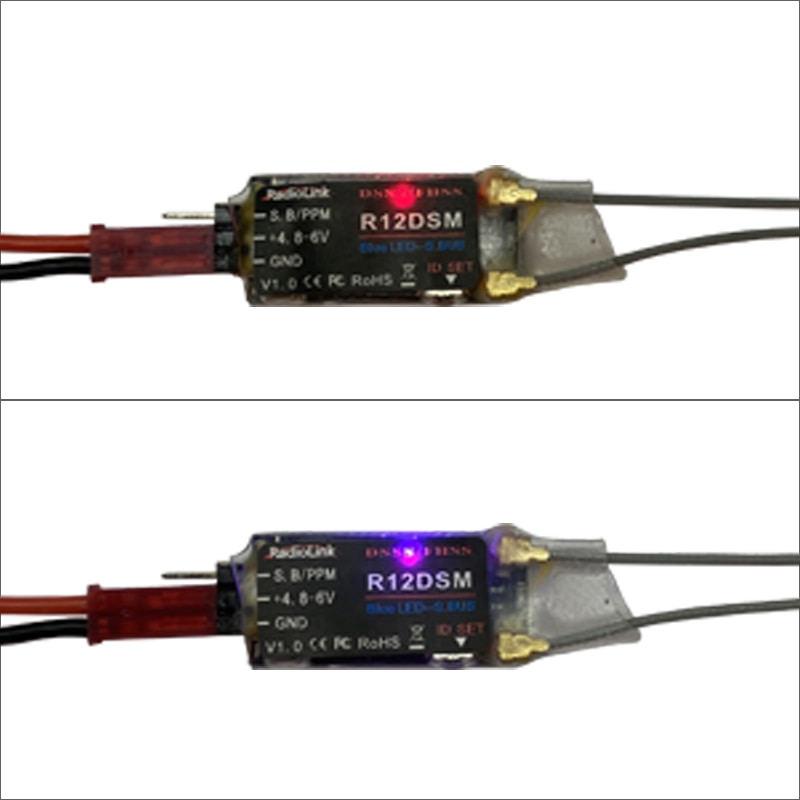 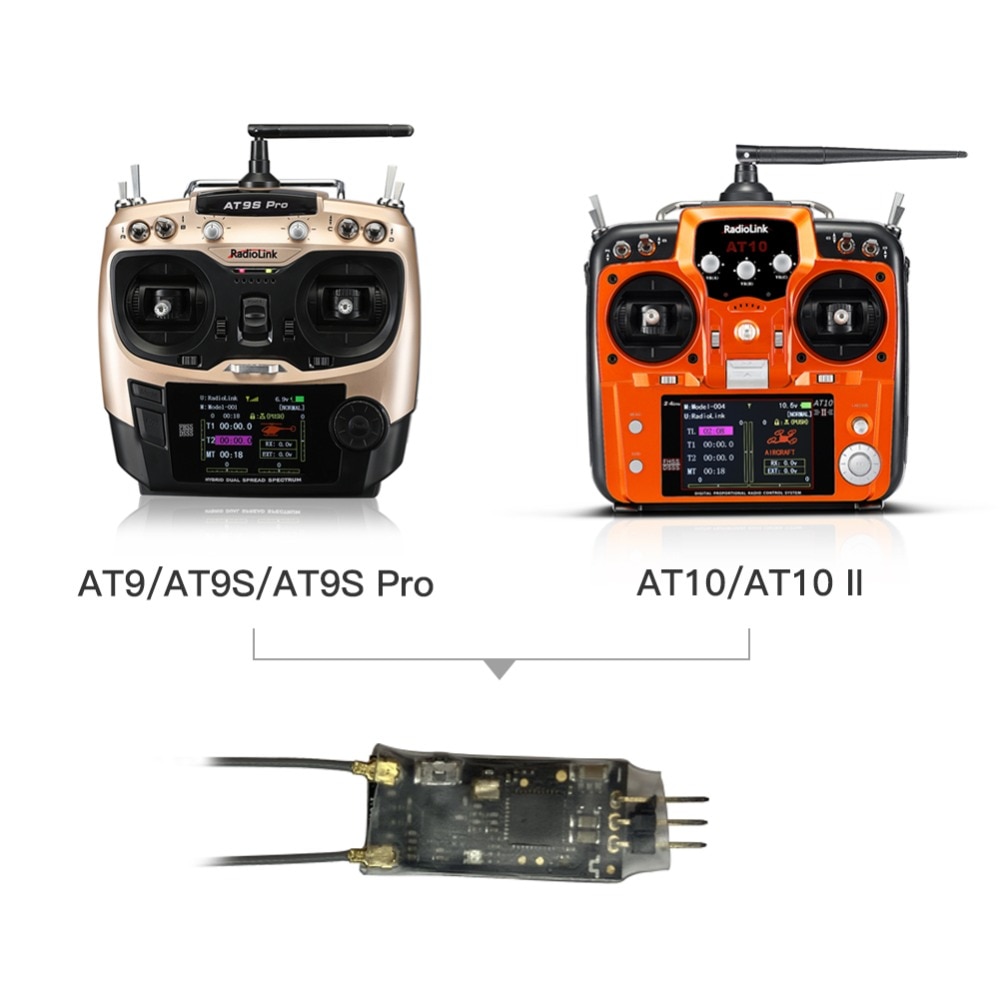 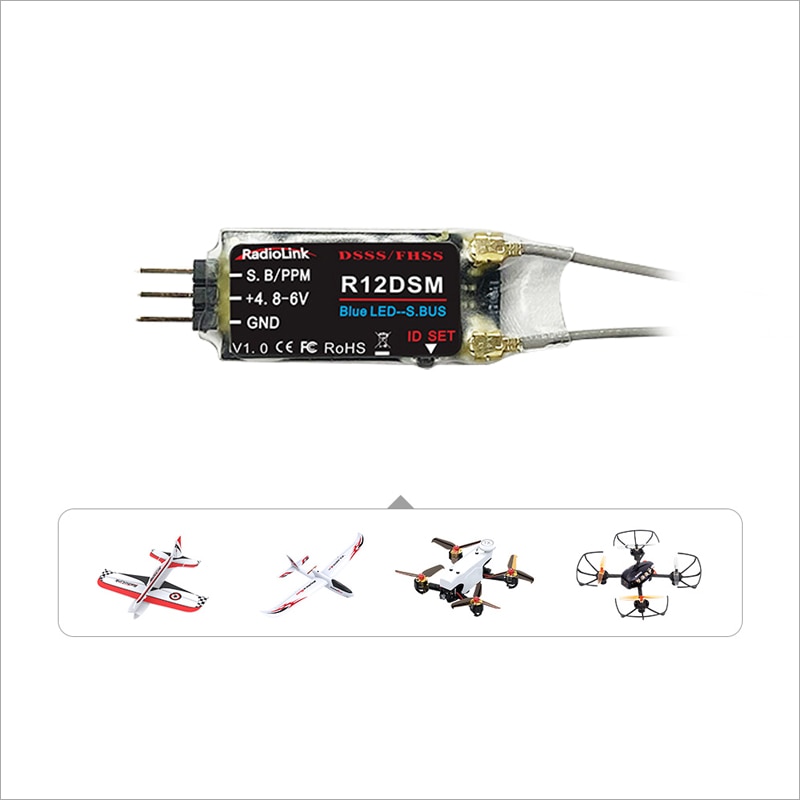 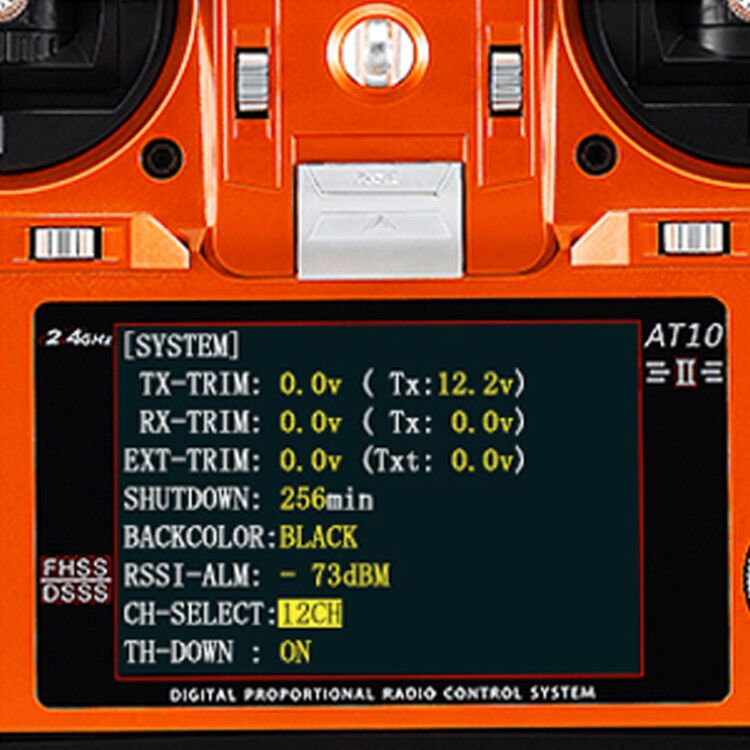