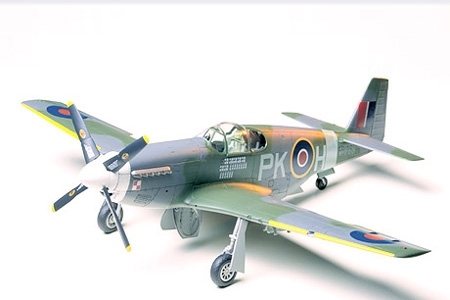 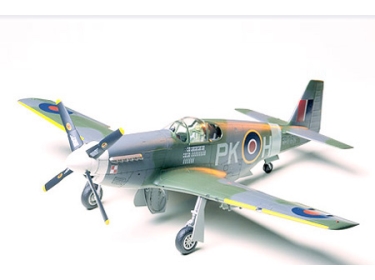 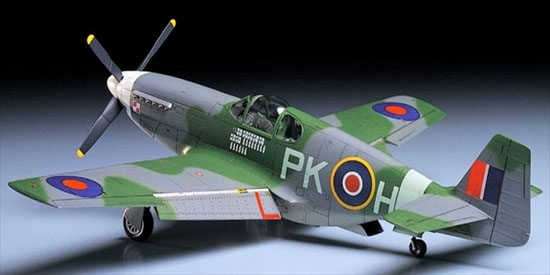 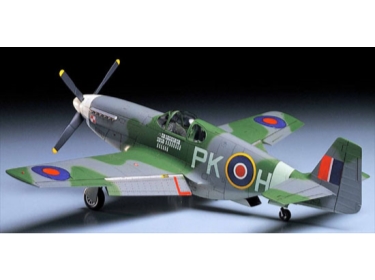 The Rolls-Royce Merlin engine was powering the best warplanes in England early in the war. To develop a new engine for the fledgling P-51 would take much time and the allies did not have it. In 1940, the Packard Motor Company of the U.S. began license production of the Merlin V-1650-1 engine in Detroit. Both the U.S. and England started modifications almost simultaneously. 10 airframes were altered and became the start of the most successful fighter series of the war.

Flying on 30 November 1942, the XP-51B was soon modified with a larger coolant radiator, which increased top speed by 50mph and a higher ceiling by 10,000ft. The 85 gallon fuel cell installed behind the seat allowed it to escort the bombers the target and back. If there was on single fault in the P-51B/C design, it was the canopy. British fighter specifications differed from the U.S. so they requested that a sliding canopy was used on the early Spitfire Mk’s for greater headroom and vision.

The low profile canopy of the P-51B/C restricted visibility, and offered considerable discomfort. North American engineers felt it was necessary to reduce drag and maintain the high degree of performance. Even a small pilot was forced to fly with his head pressed against the top of the canopy for adequate vision during take off, landing and combat. The Malcolm hood became a very popular modification as it offered some considerable relief to the pilot.